There has been a great deal of media attention recently (May 2016), attacking the ability of the Family Courts and its Judges to understand and appropriately deal with family violence.

I recall that when the major amendments were made to the Family Law Act in 2006 by the Howard Government, it was the result of  pressure groups, particularly men’s rights groups and others claiming that the Act did not protect the rights of parents, particularly men, as there were no provisions for children spending equal time with both parents. This was not entirely incorrect but in bowing to pressure groups not enough consideration was given to the impact of those amendments would have.  It must be said that the Family Law Act in 1975 reflected the mores of society then, the fathers of modern times often have a greater input into their children’s care given that both parents are usually working.    Not so in 1975.  But were the amendments in 2006 the best way to influence a change in the attitude of the courts?  Personally, I don’t think so as the amendments, particularly given the common misconception was that they provided for equal shared time as a “right”, caused more litigation than they prevented.

History tells me that changes to the Family Law Act should not be made based upon whim or purely on emotion. There needs to be considered consultation and investigation and any amendments will need to be thoroughly evaluated before they are introduced.  It’s easy to blame others (Judges, the Family Courts and family lawyers) but the answers to these most important changes lie in consideration of the facts.

Allegations of abuse must always be allegations until a satisfactory level of proof is determined.  Otherwise those falsely accused will become more disillusioned and despondent possibly leading to suicide and/or homicide.  We can’t forget that there are false allegations and that many men and women have had their relationships with their children destroyed as a consequence.  It’s just not a simple question of accepting every allegation as fact.  There must be an investigation and ultimately a decision.  I expect any Family Court Judge deciding those matters would tell you how difficult it is to be the decision maker where those allegations have to be determined.

I don’t want to see one our most important pieces of legislation come under fire from loud pressure groups demanding change without that change being considered by relevant stake holders.  All I ask is that there be a thorough investigation, not an immediate response that might obtain a vote or two during the forthcoming election.

A Royal Commission is what should take place, not immediate legislative changes.  The Family Law Act of 1975 needs a comprehensive review.  Let’s see who is willing to instigate that review. 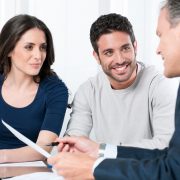 SUPERANNUATION – IT’S MINE! WELL ACTUALLY IT PROBABLY ISN’T ALL...

Getting “What’s fair”
Scroll to top Call Us Now