WHAT IS MEDIATION AND WHY SHOULD I TRY IT? 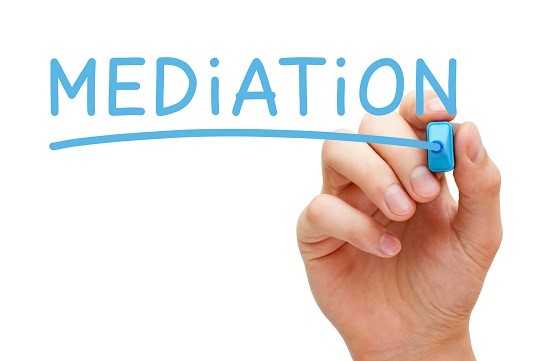 You can make life easier by engaging in mediation. A mediator is essentially a neutral party who assists you in the negotiation process by meeting with both of you, identifying the issues and then addressing those issues and reaching an agreement. It’s not a process that will take months but often hours, either on the one day or a number of days. The participants need to have patience to watch the process build to an agreeable outcome. I will discuss the process, how the process of mediation works, how outcomes are achieved by the mediator (well not everything a mediator does but an idea of the process), and finally the advantages and disadvantages of the process.

Mediation – a short and simple description

Mediators are different to judges.

Many a time participants in mediations I have conducted didn’t think they had any hope of reaching an agreement. One actually said “He will get…… over my dead body.” She didn’t die and they were able to reach an agreement much to her surprise.

I have conducted many hundreds of mediations. For me the big picture is that mediation helps the participants to reach a decision based upon self-determination. That is, both of them have made compromises on their original positions to arrive at a mutually agreeable outcome. Without compromise there will be no outcome. Quite often the willingness to compromise will not be evident at the commencement of the mediation but will eventuate during the process. This happens because there are benefits to be gained by both parties by negotiating and compromising positions. A compromised outcome created by the parties can result in benefits to both that would never have been realised had a judge decided the matter.

Mediation is also about generation of options, usually arising from the parties but at times being suggested by the mediator or the professionals (lawyers) assisting the parties if they are present.

Mediation can be conducted in many ways. I have been trained in a facilitative (problem solving) style but as most mediators would agree, the style of the mediator is adapted to meet the circumstances and the needs of the parties but within the bounds of the National Accreditation Standards that Nationally Accredited Mediators must abide by.

At the commencement the mediator will lay down the ground rules, for example that the parties and any other participants must show respect to all involved. The mediator then seeks to have each of the parties tell their story and to point out their concerns. The mediator will eventually put together an agenda (a list) of those issues and concerns that each party has raised and set out discussing each point with a view to reaching agreement.

Sometimes an agreement cannot be reached, no matter how experienced the mediator is. However, it is rare that there is not at least some agreement reached on some of the issues. Mediation can narrow the issues which need to be litigated therefore saving costs. At the end of the day the Courts are there for people who are unable to agree for whatever reason; everyone is entitled to their day in Court. Of course that doesn’t mean a court decision is one that will result in the outcome the parties want or even envisaged. Sometimes a court outcome is seen by both parties as a bad outcome, and almost always devastating for one party.

A successful mediation results in an agreement in writing, signed by both parties which is usually required to be documented by courts or by way of a binding agreement. In family law an outcome at mediation by way of agreement cannot be final and binding, it must be later approved by a court or documented by way of a financial agreement. In children’s issues a mediator can help the parties draft a parenting plan, which although not a court order, is a document which can be later produced to the Family Courts as evidence of the agreement between the parents. You should always make sure that you are content with the agreement reached at the conclusion of a mediation. If you are unsure you should ask to have time to think about it.

Is there a downside to mediation?

Well, in my view, no. There are positives but few, if any, negatives. When mediation works it results in a quick, and comparatively (to litigation) cheap outcome. The parties can move on knowing that they have resolved the issues without having to worry about the future outcomes of litigation. In fact, a great deal of relief can be observed on the faces of parties in a mediation. Not because they had a good outcome but because the distress and uncertainty of the conflict is finally over. To me, that’s what I offer, an end to the conflict that quite often has completely consumed the parties up until the moment of settlement. Not to mention that the parties have literally saved themselves anywhere from $20,000 to $100,000, or more, in legal costs each!

Mediation creates lasting solutions because the parties have created and agreed to the outcome and this helps heal the rifts between the parties. A decision imposed by a court or through arbitration is less likely to be adhered to and certainly doesn’t assist communication between the parties in the future.

Of course there are negatives to a failed mediation. You have lost time and money and sometimes the weaknesses and strengths of each party’s arguments are more exposed. Having said that, it would not be sensible to bypass mediation and proceed to a court based determination which is going to continue the dispute, create more problems for the future, and of course cost many thousands of dollars. Someone generally “loses” in court and in mediation their can only be “win – win” outcomes.

Mediators mediate because they know it works. They know it is a rewarding and worthwhile pursuit. Mediators are peace makers and have a sincere desire to help others reach their own peace.

I am passionate about the virtues of mediation and I hope I have encouraged you, the reader, to at least give it a go. You really have nothing to lose, but much to gain.

Mr Adams
02:21 24 May 19
Always do a great job! I have engaged them on several matters and have always received great results. Thanks guys.
Next Reviews

Thank you so much Randal. Thank you as well for the Mediation session. I felt it was a successful and respectful process that was also a painless step towards acceptance of our situation.

Thank you so much Randal.  Your assistance on the day was very much appreciated and outstanding.  Thank you again for staying late until 6pm to finalise the matter, it honestly made the difference.  We will surely keep you in mind for future FDR.

“Thank you for your hard work in assisting us to reach an agreement….  I feel that you faciliited getting to a good, workable outcome for both of us and of course, the children.  “Thank you again for your patience and persistence.  I will definitely be recommending you to any friends who need a mediator to help them before they go down the costly and painful litigation route.”

Participant in a Parenting Mediation 2016

Many thanks for your professionalism, wisdom and support during the mediation sessions. You made it easy to talk with you. I appreciate the process you implemented….

I just wanted to thank you for your professional services you provided for our famiy mediation. Your calm and professional approach to family mediation allowed for issues to be discussed and then provided us with opportunties to reach fair and reasonable outcomes….